Blue Horizon relaunched in 2021 in partnership with Fat Possum Records

Blue Horizon, the legendary British blues label co-founded in 1965 by esteemed record producer Mike Vernon, and Fat Possum, a blues powerhouse in itself, have announced an exclusive partnership for North America.

Under the marketing and distribution arrangement, Fat Possum will help with the reactivation of Blue Horizon, making a selection of physical and digital releases available once more, and expanding the reach and visibility of the label across the United States and Canada. Under the guidance of Sire Records founder, famed A&R man Seymour Stein, and Matthew Johnson, founder of Fat Possum Records, Blue Horizon expands into a new era. The new arrangement will kick off with a selection of vinyl reissues in 2021 starting with new re-releases of three key Fleetwood Mac albums recorded for Blue Horizon: the 1968 self-titled LP (otherwise known as Peter Green’s Fleetwood Mac), ‘Mr. Wonderful’ and the compilation of singles, B-sides and other assorted tracks, ‘The Pious Bird of Good Omen.’ The latter features the smash hit single “Albatross.” All three albums are released February 26 and available for pre-order now. Further vinyl reissues are scheduled later in 2021, such as albums by Bukka White and Champion Jack Dupree, along with a selection of compilations and special releases, including some classic long out-of-print singles. Blue Horizon and Fat Possum have also delved deep into the vaults, with digital reissues of albums from some of the lesser known but no less essential artists on the label, such as Eddie Boyd, Chicken Shack and Curtis Jones. 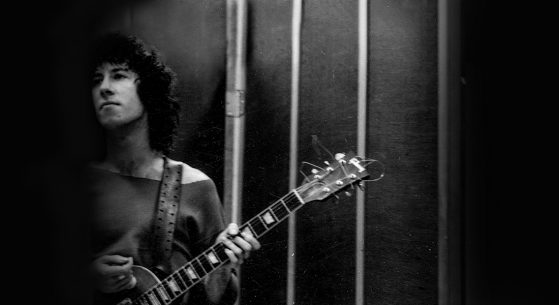 ion to the 2020 reactivation of Blue Horizon as a catalog entity, and the reissue of a wide selection of classic blues recordings, both Stein and Johnson are most excited about their plan to relaunch the company as a frontline label, collaborating and signing new artists together.

The arrangement between Blue Horizon and Fat Possum is the story of two labels, formed decades apart, but with their roots in the blues. Blue Horizon was originally co-founded by producer Mike Vernon in the U.K., at the time a producer at (British) Decca, setting itself up at the forefront of the burgeoning blues movement in London in the 1960’s, and tapping local talents such as Duster Bennett, Chicken Shack, and of course the initial incarnation of Peter Green’s Fleetwood Mac, along with classic American bluesmen such as Otis Spann, Champion Jack Dupree, Elmore James, as well as Furry Lewis, Bukka White, Mississippi Joe Callicott and others. Fat Possum was formed in 1992, basing itself in Oxford Mississippi and making an early name with local bluesmen R.L. Burnside, Junior Kimbrough and T-Model Ford, before expanding into the catalog realm with acclaimed artists Townes Van Zandt and Al Green. The southern label developed further, signing a wide selection of newer acts, including The Black Keys, leading up to a current day roster that has included Spiritualized, Courtney Marie Andrews, The Districts, Songhoy Blues and The Weather Station, and both back catalog and a new album from Los Angeles’ legendary X.

Both Stein and Johnson have their own histories steeped in the blues – the former starting at a young age at Syd Nathan’s King Records in Cincinnati, working alongside James Brown, Freddie King, and Little Willie John, all of whom have been inducted into the Rock & Roll Hall of Fame. Meanwhile Johnson recorded the likes of RL Burnside and Junior Kimbrough in 1993. Seymour Stein became an early partner in Blue Horizon, investing in Mike Vernon’s label, before later becoming the sole owner. Both music men would also go on to have an impact outside the blues, with Seymour Stein at the leading edge of the punk and alternative rock movement with Sire Records, and the Ramones, Talking Heads, Undertones, Pretenders, Dead Boys and Richard Hell, and later with The Smiths, Depeche Mode, The Replacements, My Bloody Valentine, Wilco, and of course Madonna, while Johnson made Fat Possum a premier indie rock destination for Spiritualized, X, El-P of Run The Jewels, The Jim Carroll Band, and others.

After being launched by Mike Vernon and Neal Slaven as a spin-off from their R&B Monthly magazine,Blue Horizon’s first release was “Across the Board,” a 1965 single by Hubert Sumlin. But it wasn’t until 1968 that the label really took off, with the debut from Peter Green’s Fleetwood Mac. If the label had only birthed the career of Fleetwood Mac, whose founder Peter Green sadly passed in early 2020, Blue Horizon’s place in history would be sealed, but it quickly collected some of the brightest stars from the local London scene. Over more than 70 singles, and in excess of 100 albums, including the Blues Masters Series of LPs in the early ’70s, Blue Horizon became epicenter for blues, and a veritable who’s who from both sides of the Atlantic, supplementing their host of classic U.K. acts, with an American roster that also included Otis Rush, Lightnin’ Hopkins, Sonny Boy Williamson, B.B. King, and Lightnin’ Slim. The label’s artists spanned both the classic Chicago blues, and its more country cousin, with the likes of Bukka White and Mississippi Joe Callicott, and included a Blue Horizon-issued a live album recorded at the 1968 Memphis Country Blues Festival. Blue Horizon remained active as a label until the early 1970s, with the catalog remaining available in subsequent years via periodic reissues, highlighted by a series of CD releases in the early 2000s curated by Mike Vernon. Across its history, Blue Horizon hit the British charts numerous times, including singles by Chicken Shack (“I’d Rather Go Blind” in 1968), and Fleetwood Mac (“Need Your Love So Bad” and “Black Magic Woman,” both in 1968), while Fleetwood Mac also reached the top 10 with their first two album releases (the band’s debut peaking at #4). To this day, the only single by Fleetwood Mac to hit #1 on the U.K. charts is “Albatross,” released by Blue Horizon on November 22, 1968.

Blue Horizon relaunched in 2021 in partnership with Fat Possum Records.